The Time Layer of the Internet

⌛ Time is our most precious resource and calendars are essential to how we spend our time. Yet, calendar software hasn’t changed since Outlook (90s) or Google Calendar (2006). At Cron, we aim to reimagine time tools and their infrastructure for the modern age.

📆 Starting with Cron Calendar, we streamline workflows, integrate other productivity tools, and build collaboration right into the core - for macOS and Windows. In crafting the next-generation calendaring experience, we’re making the modern workplace and life more efficient and joyful. 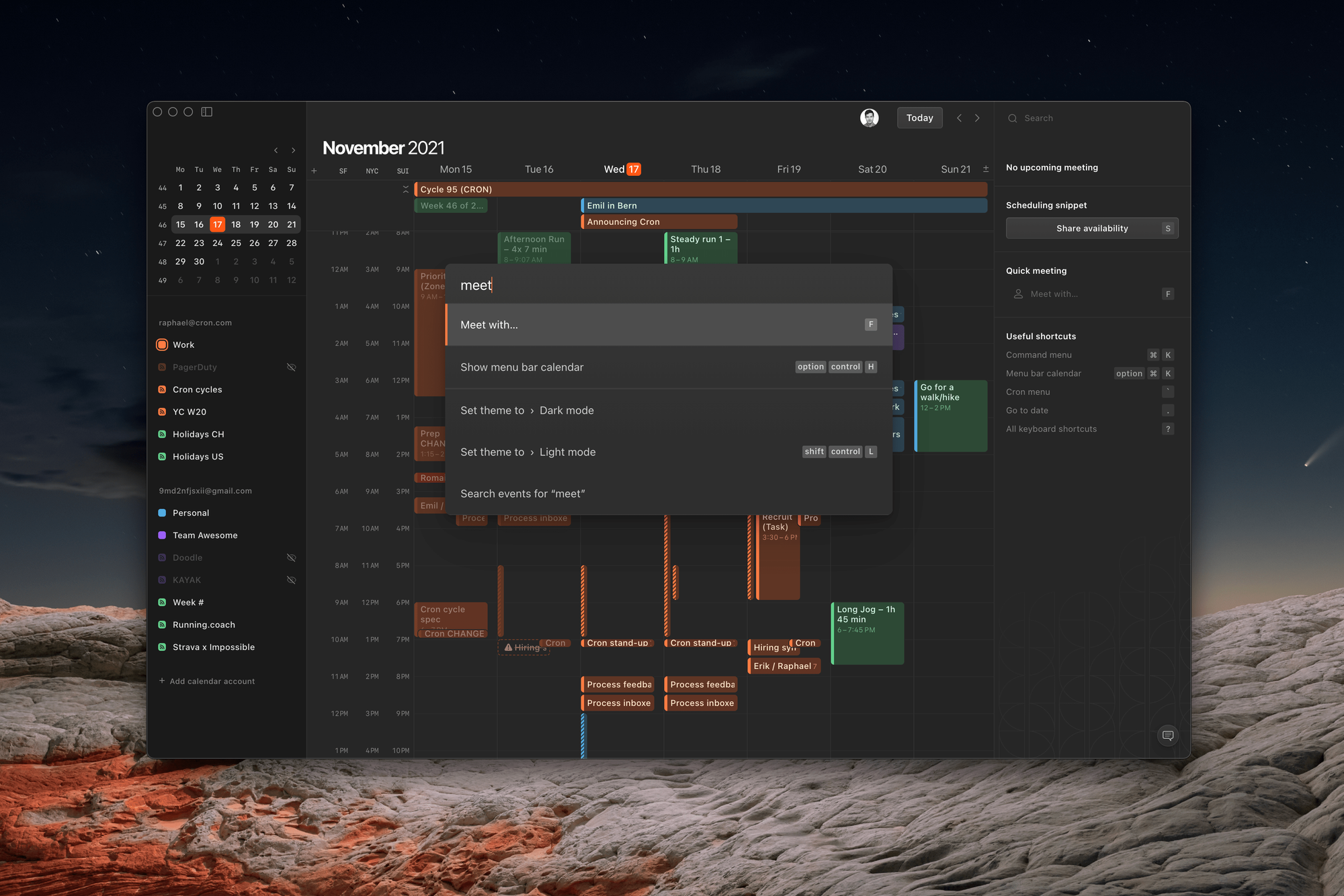 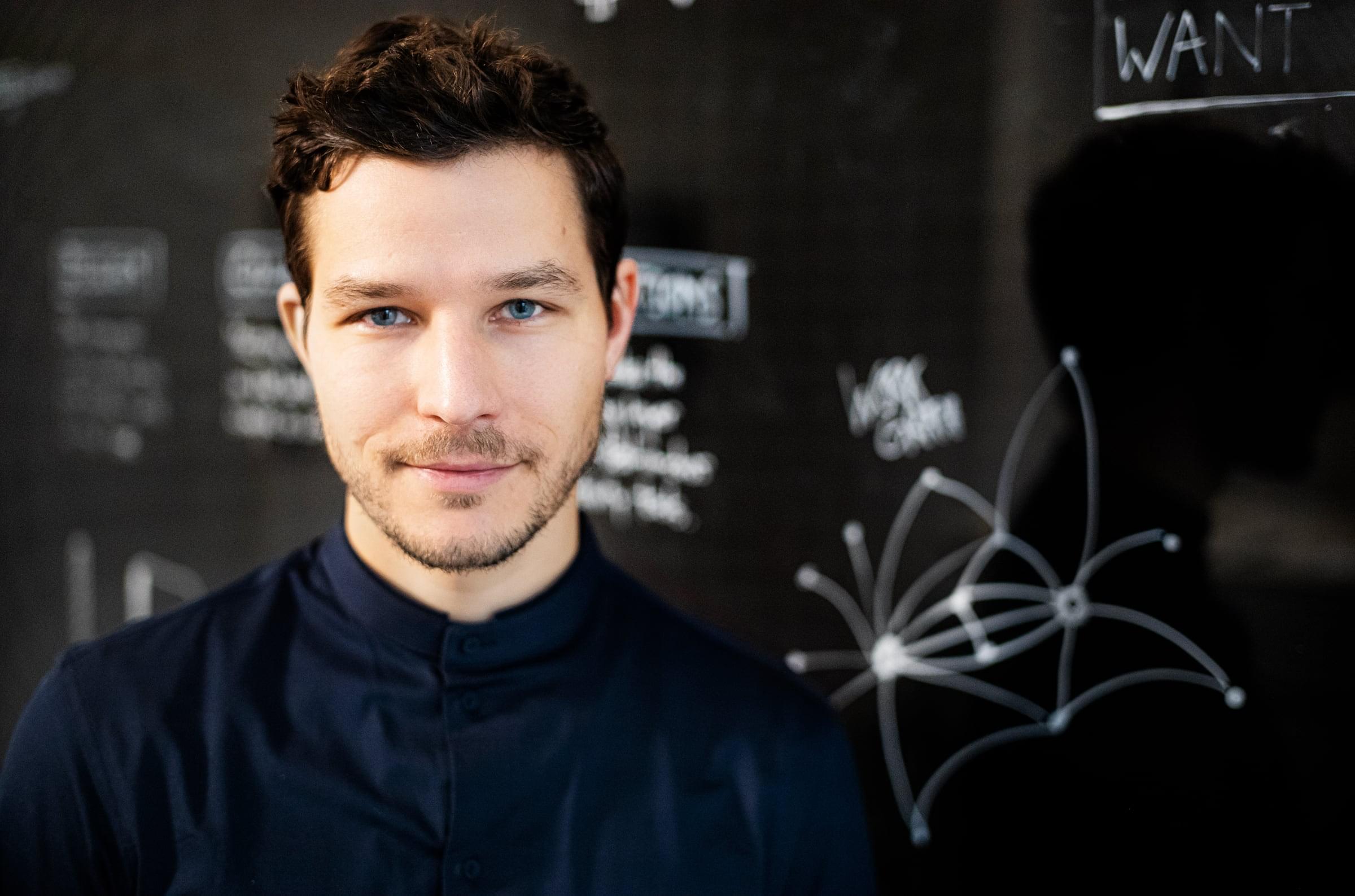 I’ve personally felt how transformational a better experience can be. A friend and I hacked a calendar extension together to be more productive and intentional with our time. While small, it resonated beyond our expectations with many other people that were also underserved by their time tools.

To move the world closer to a place where everyone makes the most of their time, we’re setting out to create the digital time layer with Cron. Billions of people use a calendar every day, and we’re determined to innovate at the core of this experience.

The principles we build Cron on are:

Superior UX is critical for such a personal tool we use all day, every day. The reimagined calendar interface puts people in control of their time.

A meeting so often is the starting point for achieving ambitious goals. Workflows before, during, and after meetings become streamlined and bring people together.

Time provides the connecting layer for other best-in-class productivity tools.

With a strong foundation, we’re now layering powerful workflows on top of it. We’ve been iterating with early users daily and shipping features weekly. Visit cron.com/changelog to follow our progress.

We have partnered with some of the most brilliant minds in tech to bring Cron to life. After completing Y Combinator in winter 2020, we’ve raised a $3.5M Seed round led by Garry Tan at Initialized Capital, with participation from Elad Gil (investor and advisor to companies like Airtable, Brex, GitLab), Jeff Weiner (former CEO of LinkedIn), Dylan Field (Co-founder CEO of Figma), Jeremy Le Van (Co-founder of Sunrise Calendar), and many more. Read TechCrunch’s initial story on how Cron is bringing the Sunrise vibe back. 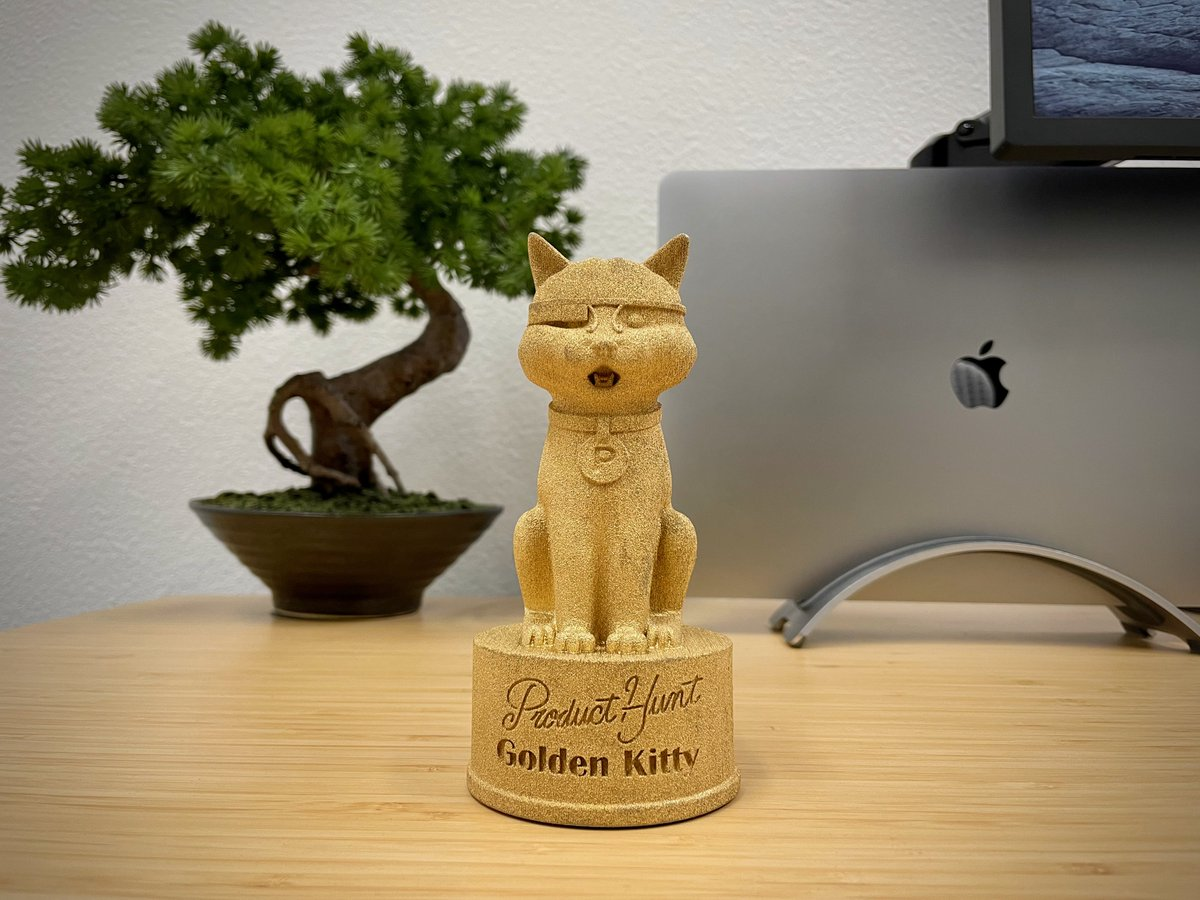 "Productivity App of the Year"

Watch Cron receive the Golden Kitty at Product Hunt’s annual award show, celebrating the best products and makers. Winners get etched into history, like Figma and Robinhood in the past. Every year, thousands of great products launch, and we’re excited to receive this trophy just two months after announcing Cron.

This is Cron user @uibreakfast

She's a founder building a company in Atlanta, GA.

Jane is a mom of three, scuba diver, and podcast host. If you care about UI/UX design, have a listen to her show. 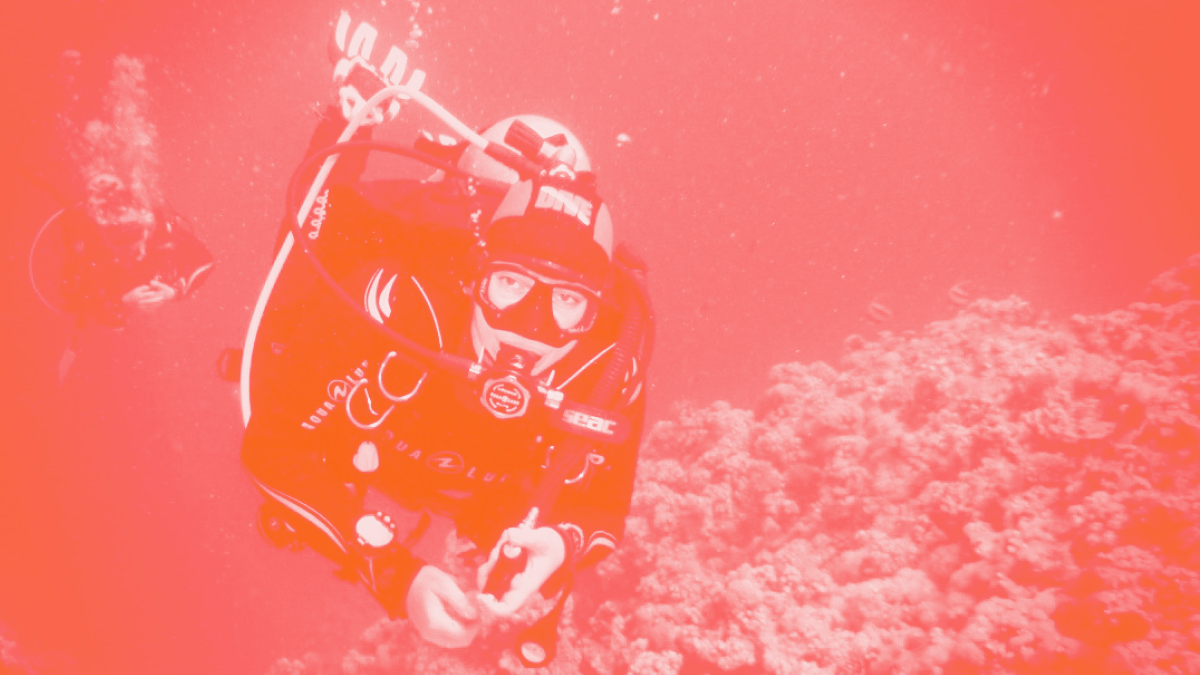 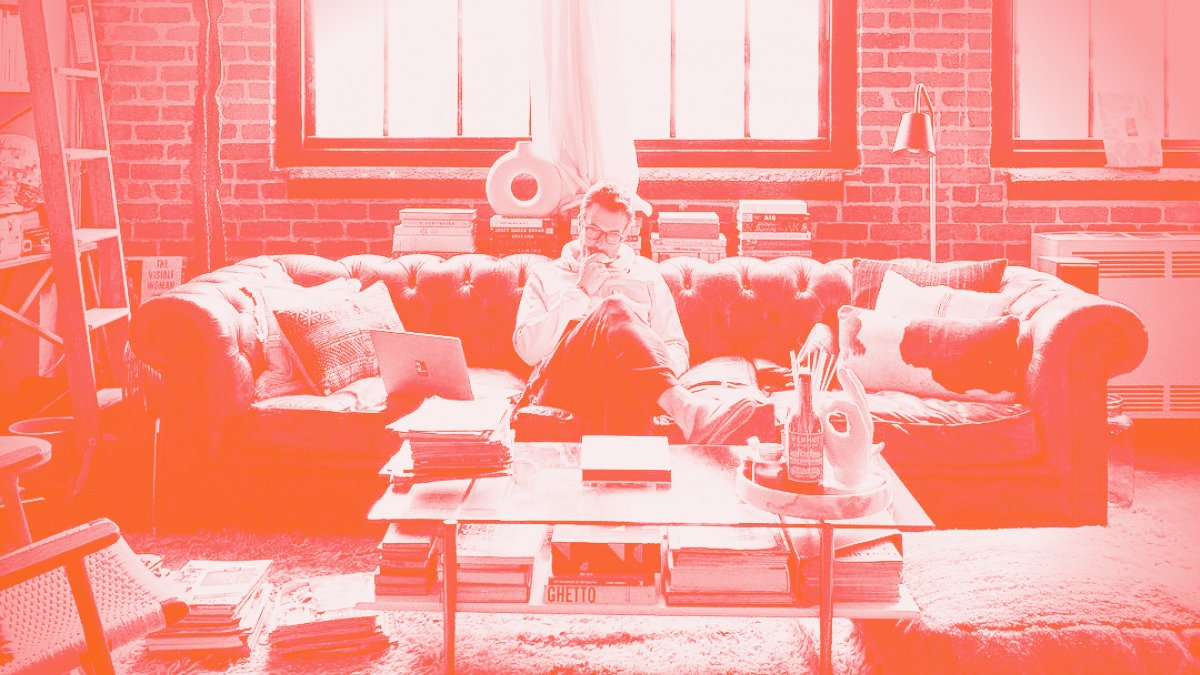 This is Cron user @arlojamrog

Arlo once dined near Billy Crystal in LA, but was too nervous to call out, “Have fun stormin’ the castle!” as he left the restaurant.

This is Cron user @__joshma

He’s a Founder and CTO in San Francisco, CA. 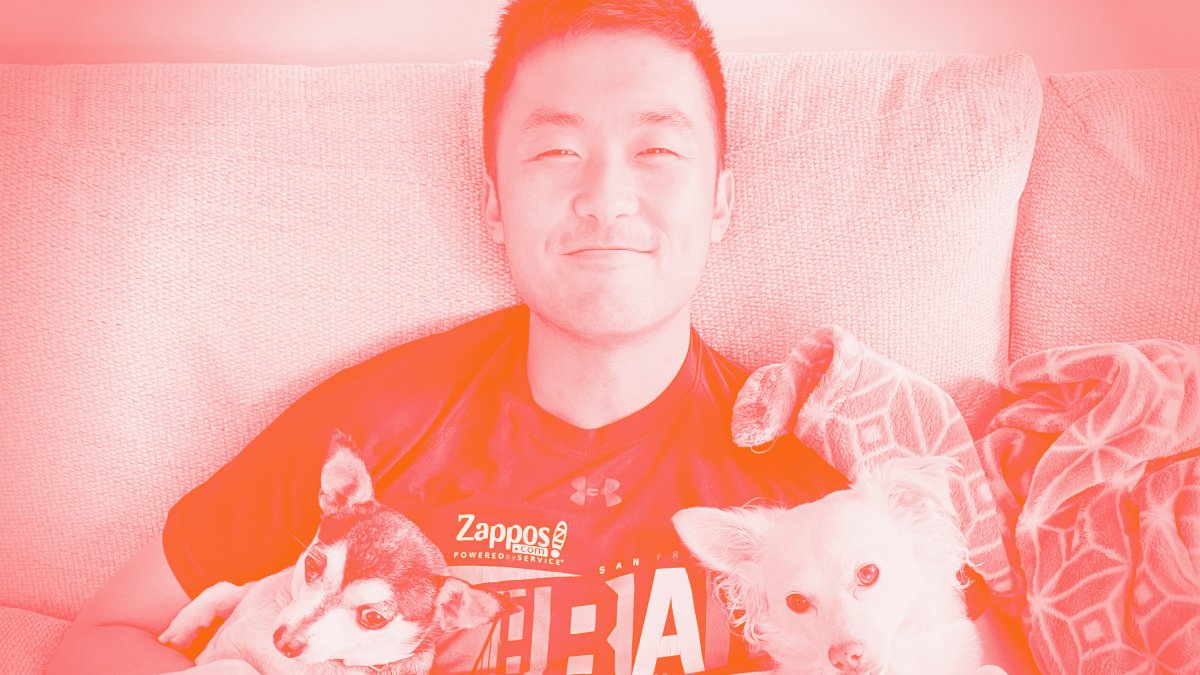 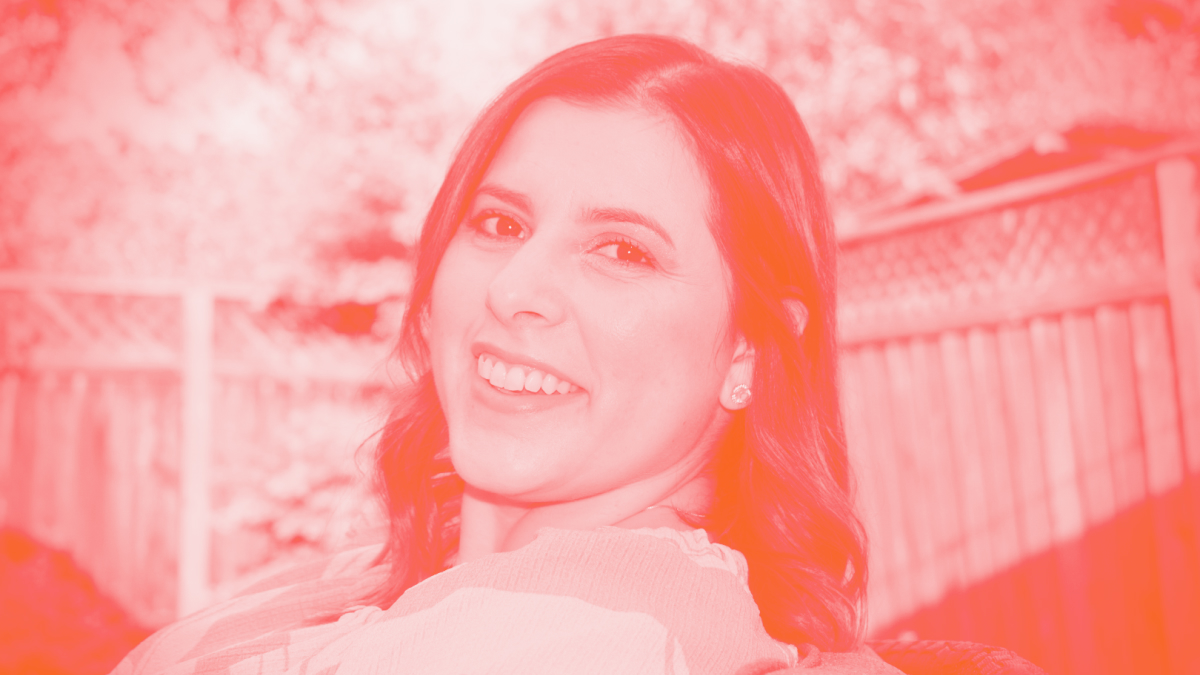 This is Cron user @engijen

Jennifer is a fearless explorer and curiosity almost got her arrested at the White House in Washington, D.C.

Cron has been acquired by Notion!

With Cron, we’ve set out to build the next-generation calendar for professionals and teams. When Notion’s co-founder Ivan and I first met earlier this year, we immediately appreciated one another’s craft and ideas for the workplace of the future. Notion is where people manage their information, and Cron is where people manage their time. In Notion’s announcement and Business Insider’s story, we discuss how we’re building a shared vision for the products.

For Cron’s users, it’s important to know that our calendar will continue as a separate app. Nothing changes for existing users, and new users can continue to request early access as we move towards general availability. We’ll work with Notion to bring the two products closer together to unlock powerful workflows. The two apps side by side is already a common sight among our users. 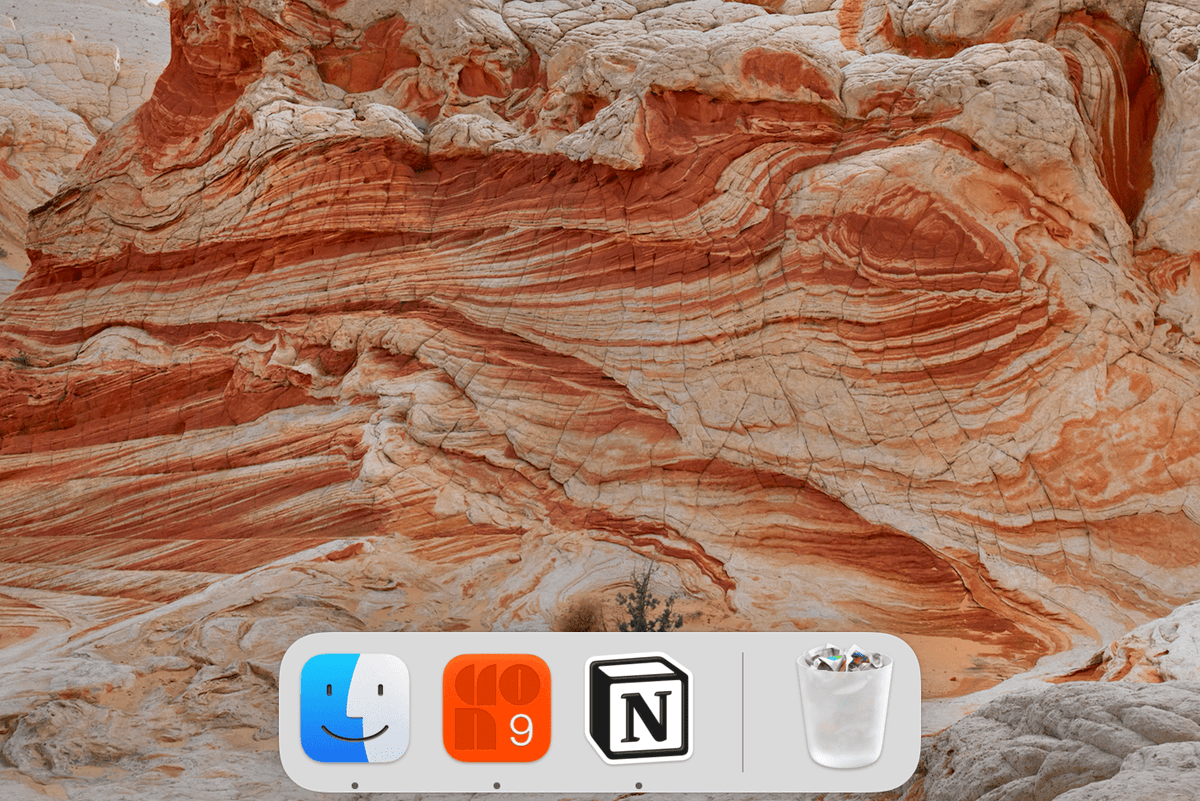 Thank you to our incredible community of users and everyone who has helped build Cron and reach this milestone.

We’re excited to join Notion today and continue to move the world closer to a place where everyone makes the most of their time.